AdoScript is the macro language of ADOxx. It is based on LEO and is build procedural. Through AdoScript the user has access to a rich number of ADOxx functionalities.

AdoScript is a language that allows huge extension possibilities with low programming effort.

How is AdoScript used?

AdoScript can  be executed on different ways, so it can be used where it is needed:

If specific actions are executed, an AdoScript can be automatically called. (e.g. a special dialogue replaces the standard dialogue window)

In the Notebook via Programmcall

Similar as for menu entries, but triggered from within the notebook

As a debugging and development facilities to test code snipplets

AdoScript can be integrated with „External coupling" or „Programm call". 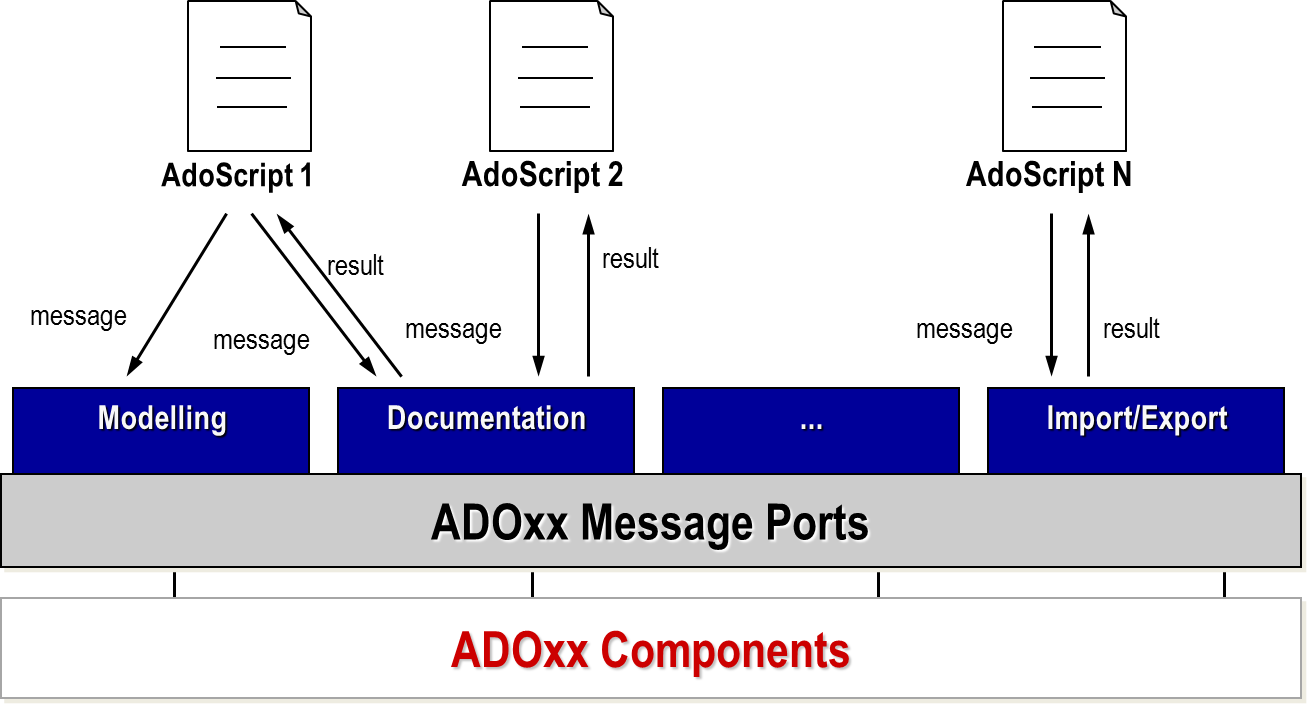 About 400 APIs calls are provided through the "Messageports" above.

Commands are available to convert between datatypes in AdoScript