The ADOxx web service can be started using the AdoScript command SERVICE to start and stop the service from within the modelling toolkit.

statusbar (default): Messages are shown in the status bar.
textfield: Messages are appended to a textfield. As this reduces the server performance (in relation to statusbar mode), this mode should just be used when really needed. 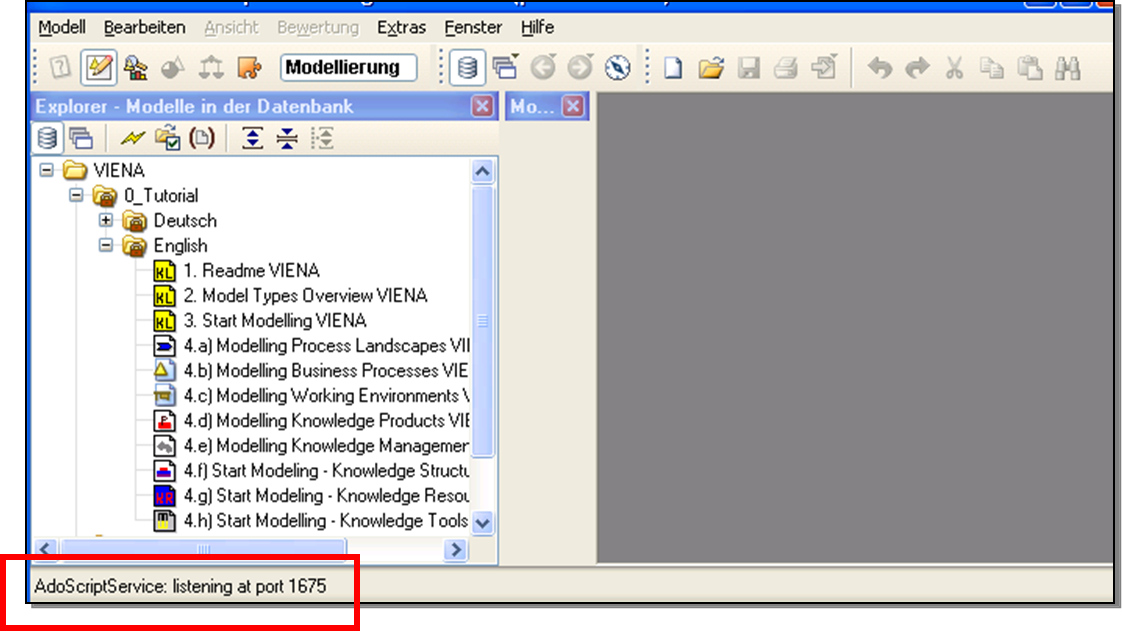 The interaction with the service can done using any kind of language that implements web-service calls using SOAP as a messaging format. 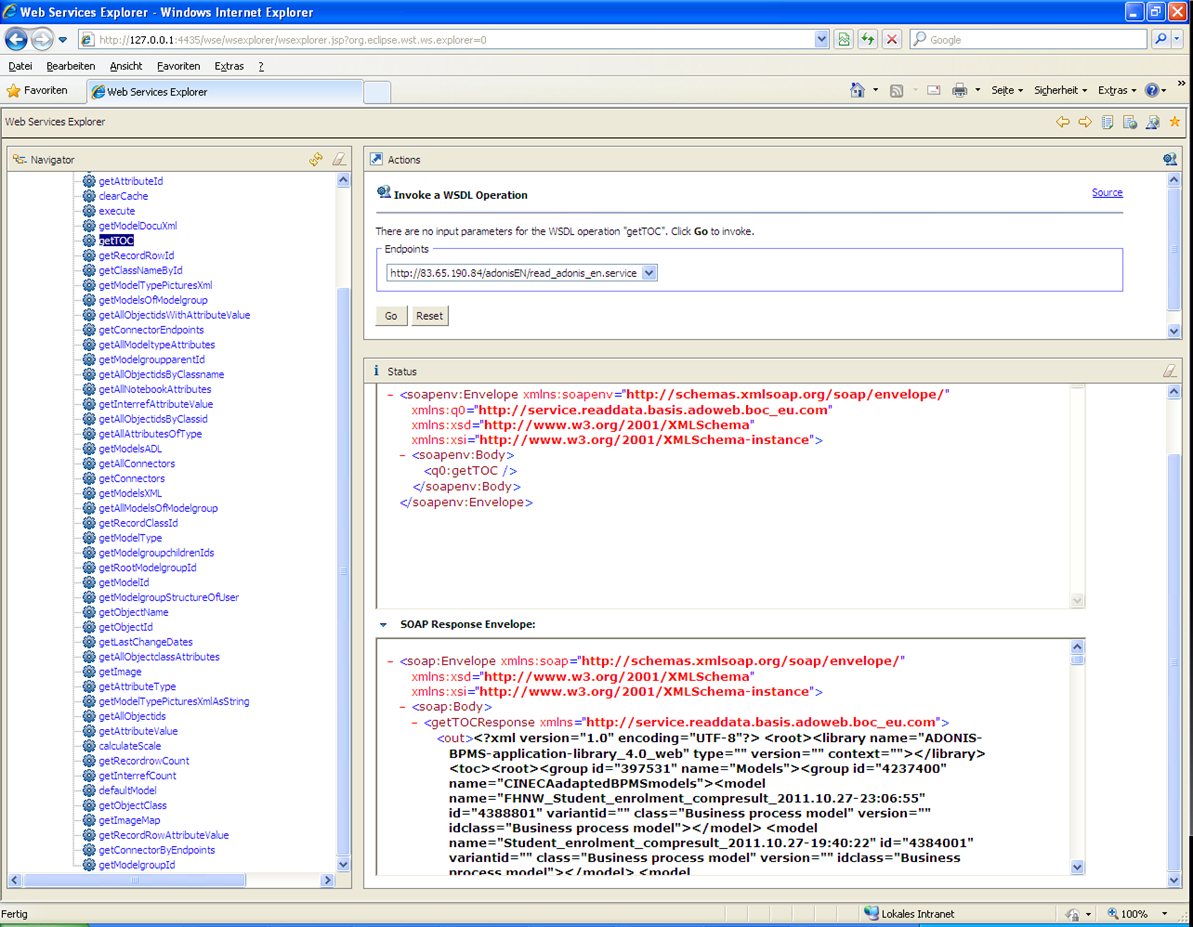